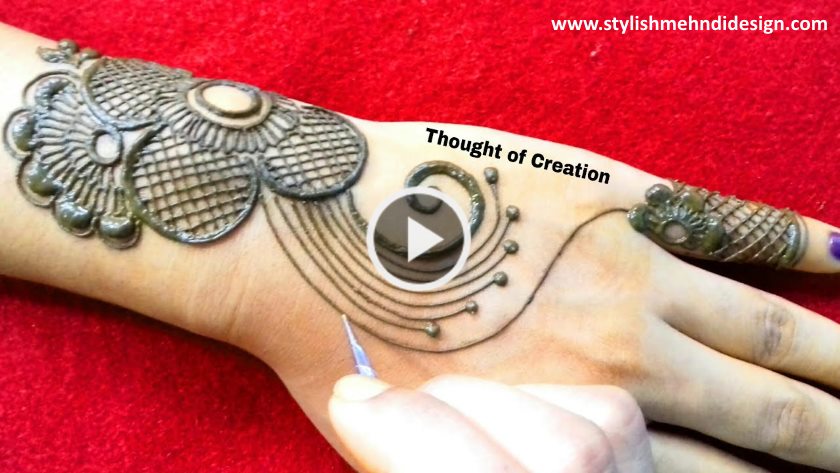 A very modern twist for traditional Jewellery Mehndi design. Pattern resembles tribal block design which goes down through a small finger. This design looks chic and modern and can be played for any casual event. Anyone can use it as a henna tattoo without applying henna on the palm. This Jewellery Mehndi design can be worn by both the bride and her friends. There are only flowers, leaves and creeper patterns in design. Between the two patterns, a sufficient amount of space is left, which makes it look very messy. Mehndi designs on the back of the palm and hand are almost identical to each other. The Black Mehndi has been used to increase the boundaries and the Mehndi has been used regularly to fill the entire design. 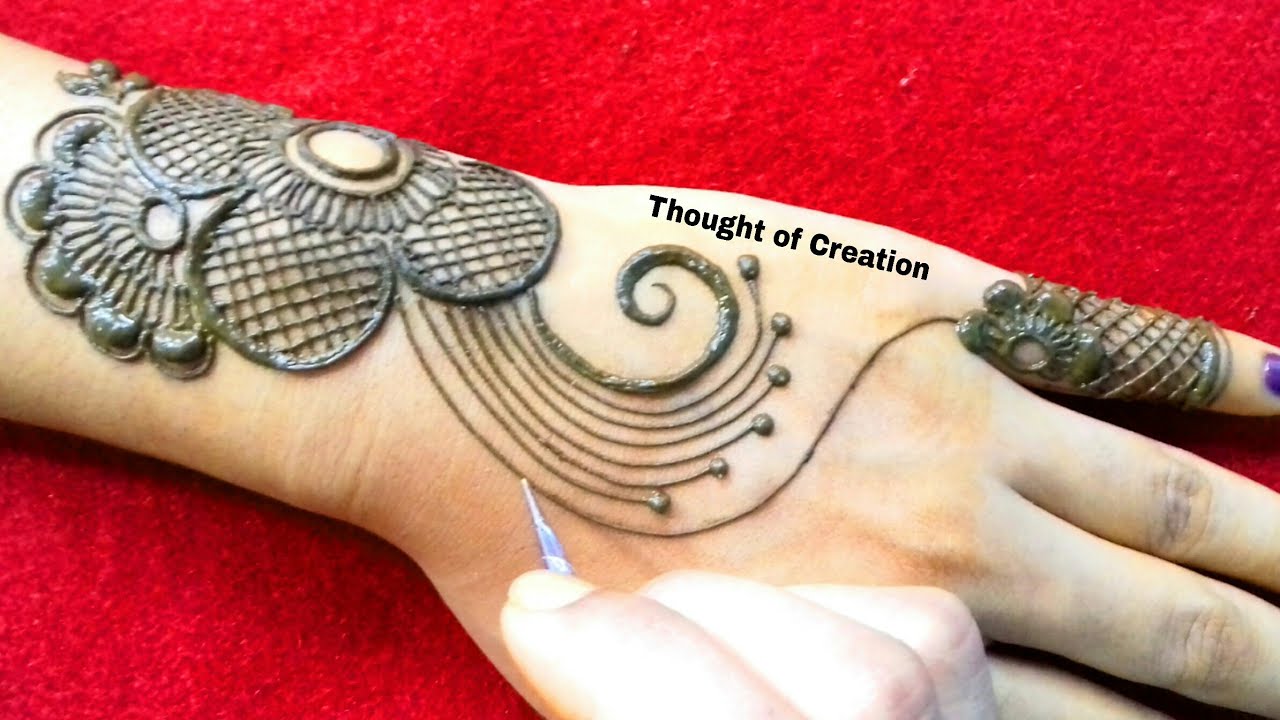 This is an example of intangible pattern for backhand Mehndi design. There is an emphasis on the rear center where the geometric shape has been used to create patterns. You will not get the use of traditional flowers and leaf forms, so this design becomes unique but elegant.

Best Mehendi Designs For Hands To Try Out In 2018