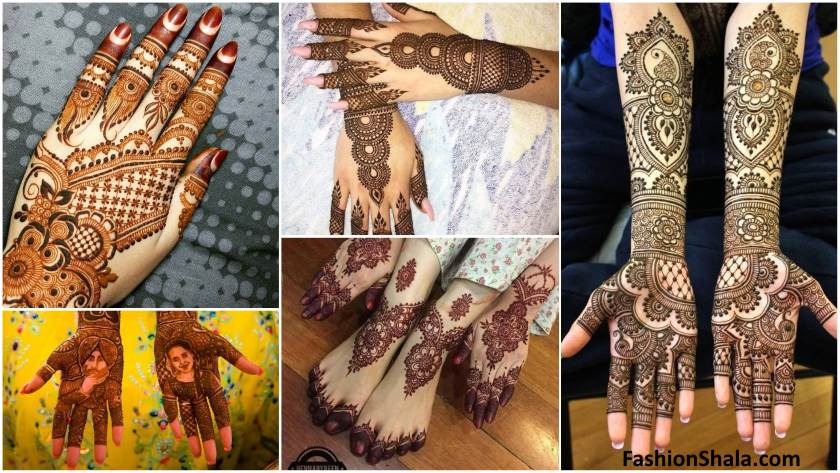 Mehndi is an art in which decorative designs are created on the body of a person. This Mehndi is made with a paste of henna plant. There are many types of Mehndi designs such as Arabic, Indian, Pakistani, Indo-Arabic, bridal, bracelet, Moroccan and glitter. We will see in detail below. Arabic Mehndi Designs
This is the most preferable Mehndi Design because of this consist of simple lines, flowers, dots, filled patterns, leaves. Based upon your creativity you can draw. This kind of mehndi consume less mehndi and less time is required. Non-professional can also easily put this Arabic mehndi. Indian Mehndi Designs
Indian Mehndi Designs are much of peacocks, mangos, flowers, some intricate designs. In this type, there won’t be seen much space your hand will be filled completely. Girls love to keep these designs during their weddings. This is complicated than Arabic design. Indo-Arabic Mehndi Design
As the name itself says it is the combination of both Indian and Arabic Design. It is mostly preferred for Indian Marriages. It is more like Pakistani mehndi design but the outline is filled with Arabic design with Indian mehndi design fillers. Glitter Mehndi Designs
This is the latest trend in Mehndi Design. Bold Outline with filled colours with tough patterns and shapes. Also, different coloured stones are placed in this design. Bridal Mehndi Designs
This Mehndi Design will fill complete hand and feet. Leaves, Flowers, images of bride or groom, vines, logos and much more designs will be filled entirely in our hand or feet. Versatile and perfect for beginners are Indian Mehndi designs. If you plan to use Mehndi professionally, Indian-style henna is the best idea as the motifs are easy to learn. On the other hand, if you are the bride or a relative in a dilemma and confused about your Mehndi, this is the list to watch out for. From simple paisley to heavy bridal motifs, you’ll find everything in the latest Indian Mehndi motifs. So go ahead, look for a Mehndi cone and see what magic you can create with these designs.

Awesome Mehndi Designs On The Soles Of Your Feet 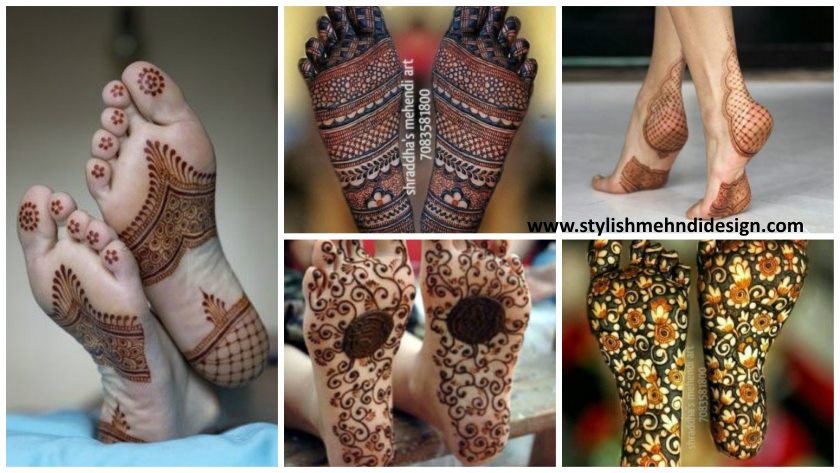